Could you live outside, permanently? 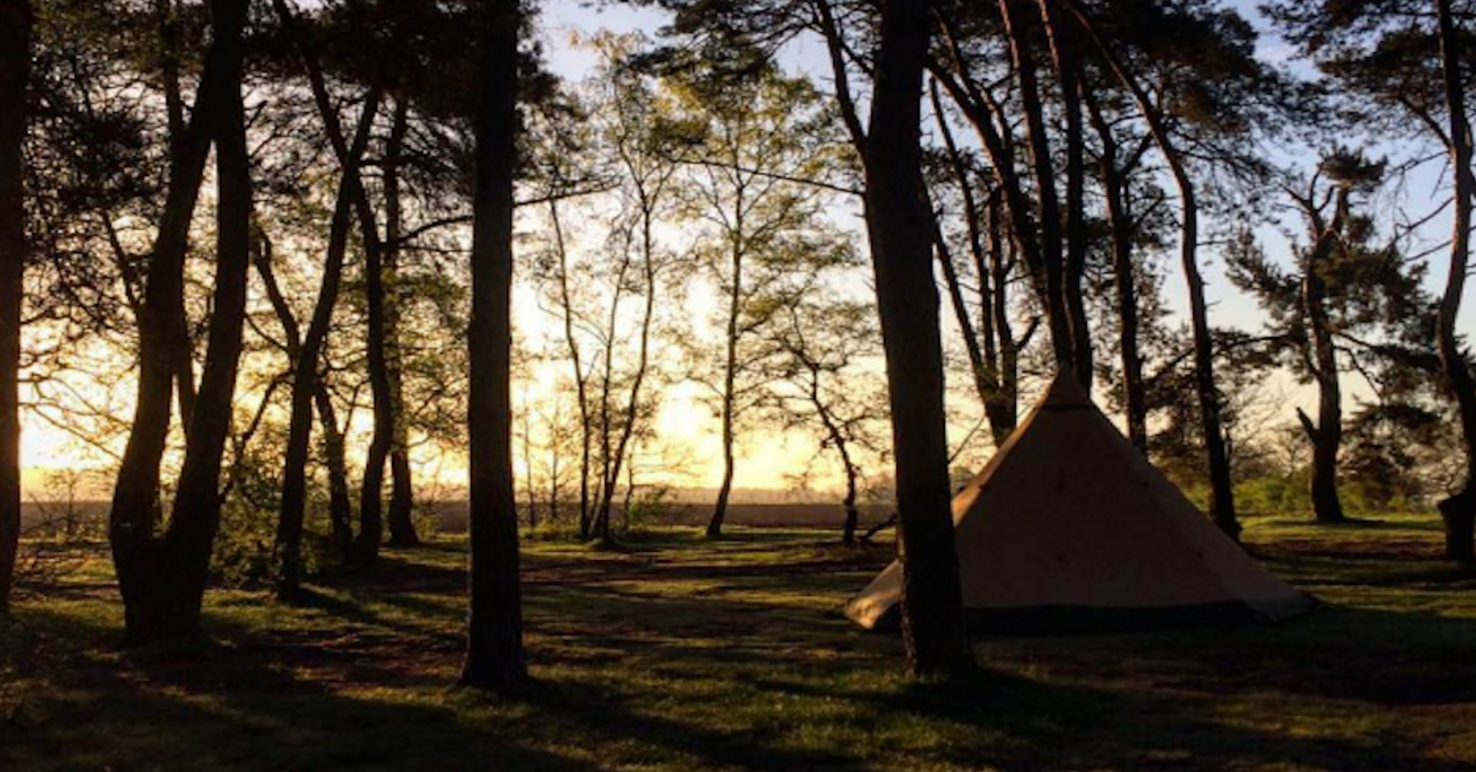 “How much time do you spend outside?”

It was a question I posed to a hundred first year students. We were sat in a darkened lecture theatre in the basement of a concrete campus. Murmured calculations revealed that for many time spent outside was during a period of transition each day – passing between halls and campus, sitting on the lawn between lectures, going for a run. The question was part of wider discussions on the role of natural areas in health and well-being – a topic well covered by Project Wild Thing and The Wild Network.

That evening, with the rain drumming on the windows, I posed the question again, this time to my husband, Koen: “How much time do we spend outside?”.

“Not enough, to be honest. I’d really like to try and live outside for a year”.

The conversation ended abruptly there, halted by the ping of the washing machine completing its cycle, but the tiniest of seeds had been planted. One of a creeper that wriggled its way in again and again over the years, fuelled by the ideals of Thoreau and Muir. Could we seriously live outside, maybe not as a hermit in a cabin in the woods, but as functioning members of modern day society, connected with both nature and the realities of daily life?

In September 2016 we were due to return to the Netherlands for Koen to take up a teaching post at Wageningen University, after two years working in Brazil, and moving between national parks in South and North America, camping along the way. During our final days in the open expanses of the Canadian wilderness the idea of living outside seemed more tangible than ever.

“You know, now would be the perfect time for ‘A Wild Year’” Koen suggested, “We could try to sleep outside for 365 nights in a row…”

“… and aim to spend 50% of our time exploring and experiencing the environments we’ve been so concerned about protecting.” I completed what was becoming a much-repeated conversation.

We were sold on the idea of seeing if we could bring balance to our lives, move out from behind the computer screen and put nature at the core of our daily life. However, the ‘how’ details were not so clear. My main concern was about keeping warm – we had camped in deep snow and freezing temperatures, but I always got cold. We found the solution in the back garden of a descendent of the Maliseet First Nation people in New Brunswick. Sat around a glowing fire, with the painted handprints of friends and relatives flickering in the flames, we imagined living in a tipi.

Searching for a European equivalent we found the lavvu tents from the Scandinavian Sami peoples, and their modern-day reinterpretation by Tentipi. On the autumn equinox – 21st September 2016 – with our new abode in hand, we moved outside.

During the first snow fall of the year we sat in the tipi in t-shirts. Keeping warm has not been an issue, but there have been others. This is not a trek, or travel, or escapism, it is an experiment to see if we can lead apparently ‘normal’ lives, just outside.

The main problem has been juggling tasks, everything takes longer when you’re living outside, packing, setting up camp, cooking. And, while being outdoors can be relaxing it can also bring when you need to be somewhere on time stress – as I found when I took up a position at a research institute – or when you’re hungry. Especially when you’re hungry. Things get wet and dirty, which means finding dry, indoor spots – like family living rooms – to hang things up in.

However, despite the challenges, we have noticed change, or rather we notice change. The arrival of Spring, the staggered bloom of different plants, the greening of the hedgerows, the emergence of insects, the movement of species as some arrive while others leave.

As I walk to work the dawn chorus has become less of a cacophony, and more of an orchestra as the individual tenors, sopranos and trebles stand out against one another. The natural landscape is not so much a backdrop, but a scene to be part of, to understand without controlling, and, ultimately, to enjoy.

The key for me, which may not be the same for everyone, has been time. This year I’ve given nature time, 50% of my time to be exact, and in return I have been rewarded with an experience of nature that feels richer and more intense. One that has brought colour to the philosophies and observations that fill bookshelves around the world. One that, finally, has prompted theory to step off the page into reality.

Dr Gina Maffey and Dr Koen Arts are a pair of academics who, despite having studied, lectured and theorised on the importance of the natural world, were spending more time behind a computer than in the environments they researched. They decided to change things.